From the early years of its publication it attracted a considerable Irish immigrant audience. This therefore made it the perfect paper in which to put information wanted ads. While many of those seeing information were based in Philadelphia, others lived across Pennsylvania and in different states. The following two examples vividly illustrate the rich genealogical information that can be contained in the ads: 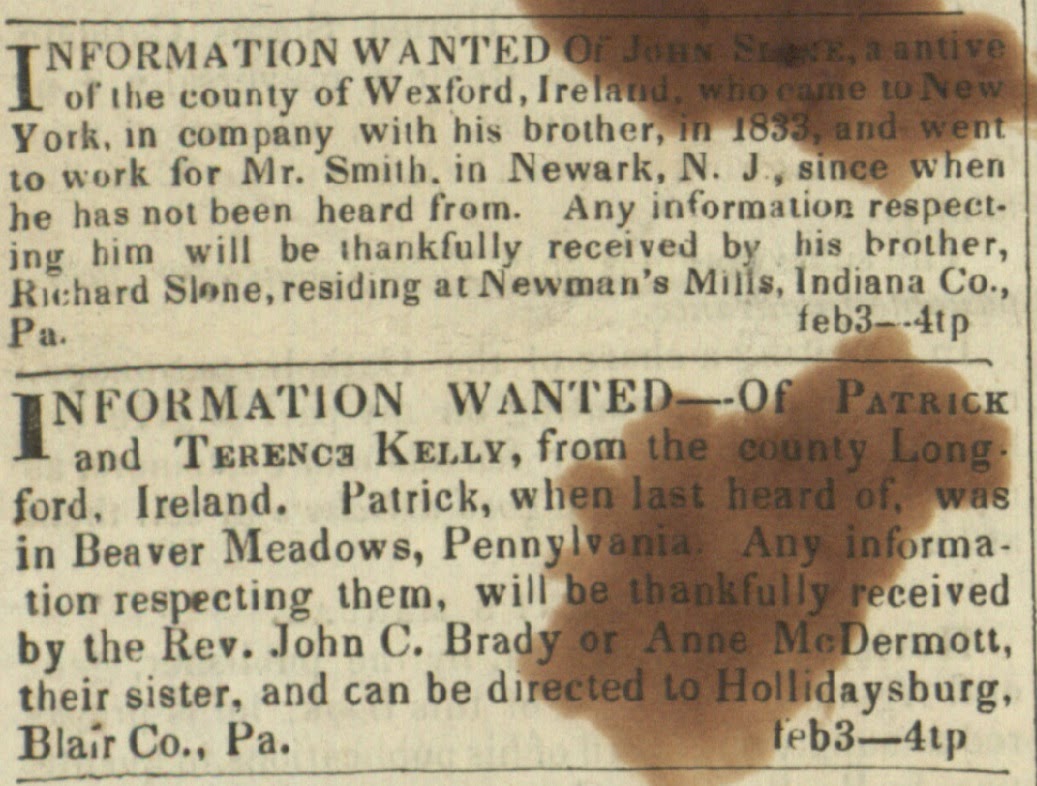 You can access the Catholic Herald via digital and microfilm editions -

There is a also a book of transcribed records from the newspaper that may be useful:
Schive Mowrer, Rita. The Catholic Herald (varied dates, 1833-1846) Philadelphia, Pennsylvania, excerpts of genealogical interest. Philadelphia, PA: Historical Society of Pennsylvania. 1970.