Biographical History Of The American Irish In Chicago

Biographical History of the American Irish in Chicago[1] is an 1897 publication that falls into the category of books that highlight the origins, life, and achievements of notable Irish-born immigrants and first generation Irish Americans in the United States. In total, the book contains information for about 300 such people who lived in the Chicago area in the 19th century.

For almost every entry, the place of origin in Ireland is given for those who were immigrants. The place of origin of their parents is noted for many of those who were first generation Irish American. Other useful genealogical information is included for many entries such as year of immigration, early movements in the US for immigrants, employment history, who they married, how many children they had, and date and place of death and burial. Pictures and signatures are also included for some of those written about.

This example gives a flavor of what is contained in the publication:[2] 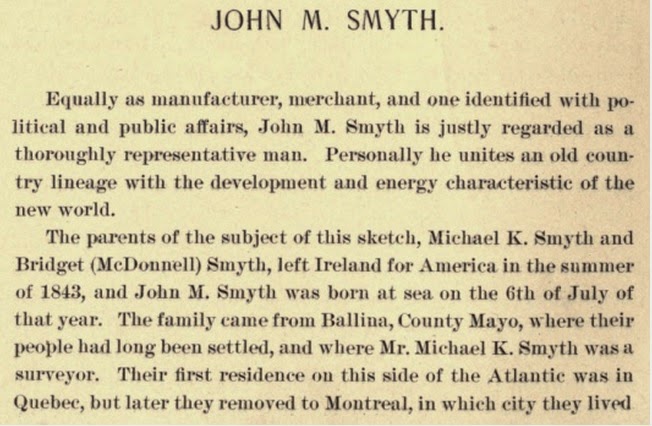 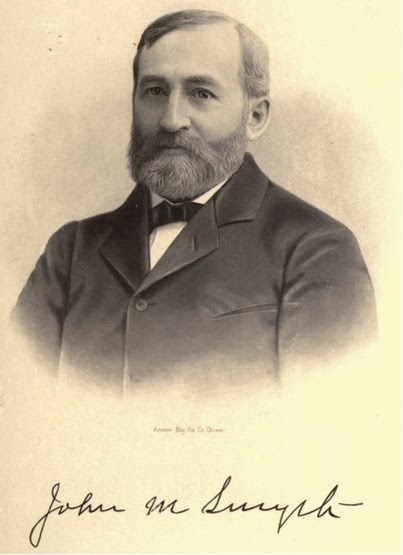 As with almost all of these 19th century biographical publications, there are no citations from primary sources. Use the information as a guide in your research and, as much as is possible, verify any information with primary documents.

You can read the book in full on the always excellent Hathi Trust website.