Over the last number of months the Archdiocese of New York[1] has deliberated about which of its parishes will be closed or merged. Their decisions were made public on 2 November. Two different lists were published. One list shows parishes that will merge, with one parish church being the designate. Masses and sacraments will still be celebrated in the second church.[2] The second list also shows parishes that will merge, but where one parish will be the designate and the church in the other parish will only be used for some special occasions. Masses and sacraments will no longer be celebrated in the second parish.[3] 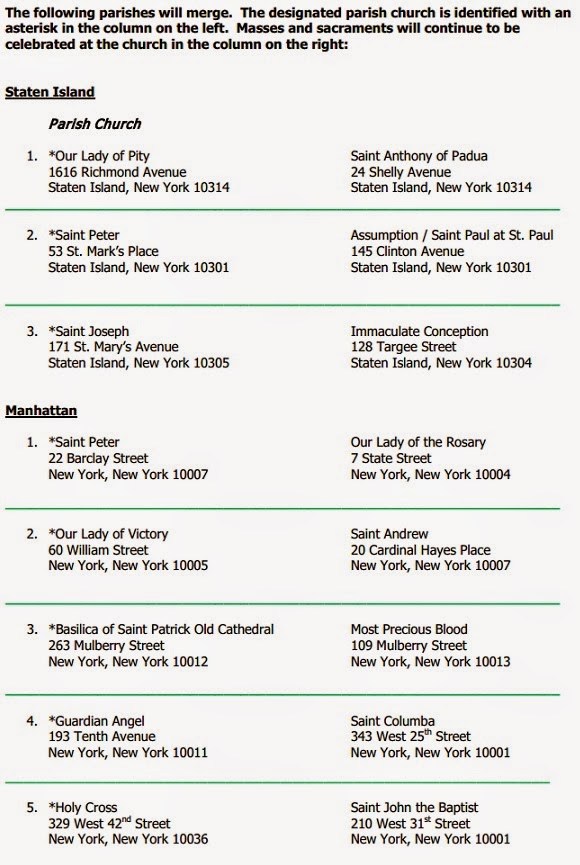 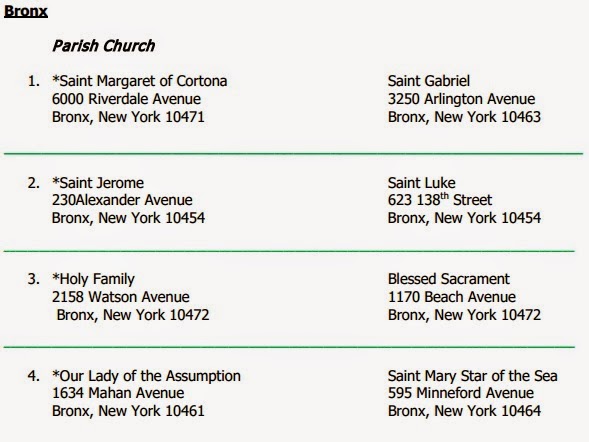 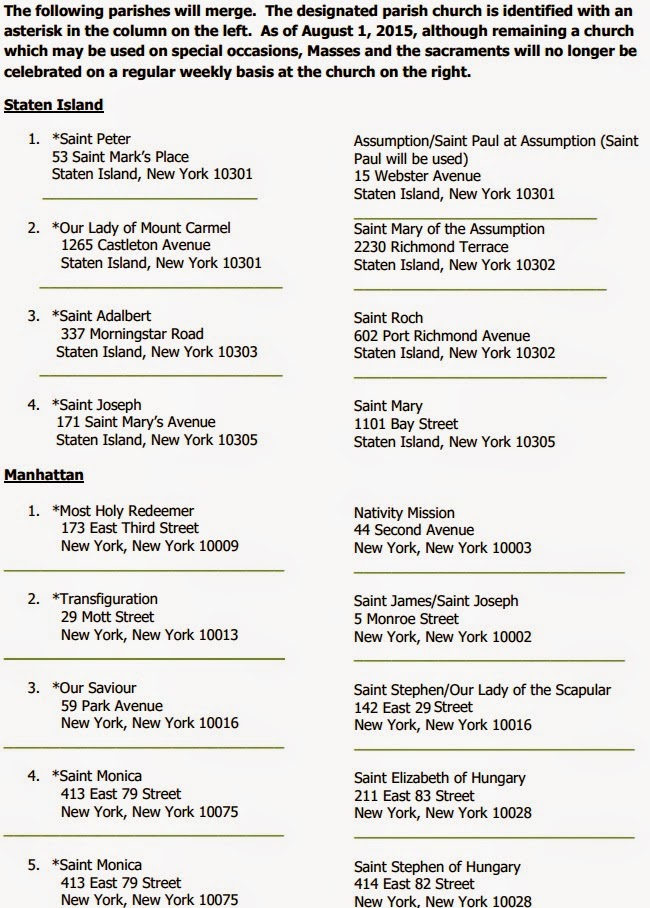 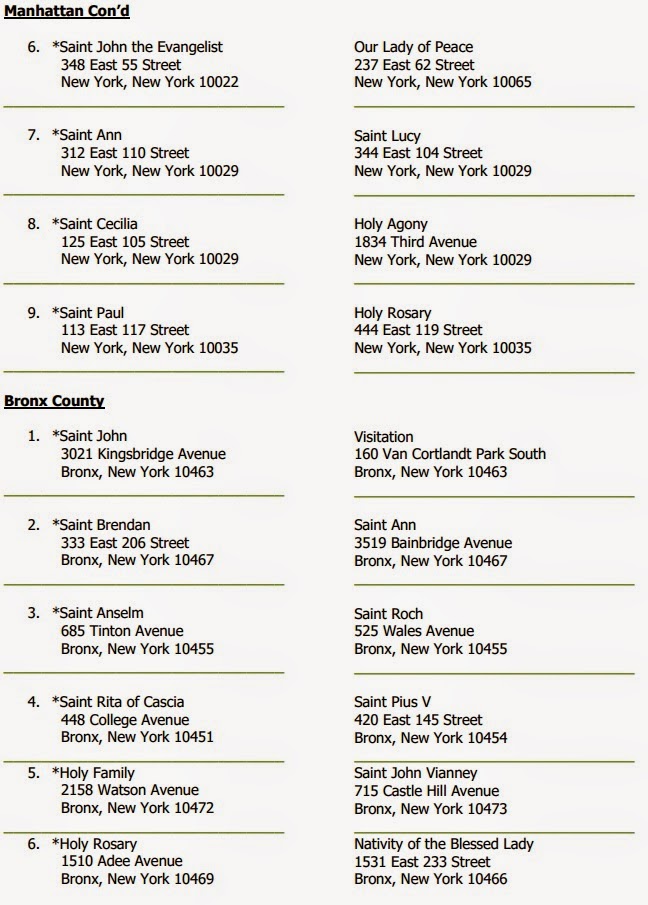 So what does all this mean for genealogists who want to apply for copies of the information that was recorded in the registers when the sacraments were performed (e.g. baptisms and marriages)? From what I can gather, there has been no guidelines put forward for this set of mergers but we do have precedent to work with.

The Archdiocese previously carried out a round of parish mergers and closures in 2007. In most cases, the registers from parishes that were merged and no longer used were given to the neighboring parish that they merged with.

You can access a useful graphic showing the Archdiocese and the affected parishes in this New York Times article.

You can read the full official press release, by clicking here.

To learn more about every Catholic parish that has ever existed in all five boroughs of New York City, you can consult Chapters 7 & 8 in my book, Finding Your Irish Ancestors in New York City.