St. Mary of the Annunciation Roman Catholic Church, located on Hasell St., Charleston, South Carolina was the first Catholic church built in the three states of South Carolina, North Carolina and Georgia. It was established in 1789 and has served the Catholic population of the southeastern United States for over 220 years.[1]

I recently had a chance to visit the graveyard that surrounds the church building. A significant number of the headstones give the countries of origin for worshipers, such as Italy, France, and Ireland. What is even better is that many of the Irish headstones give a lot of information about the deceased, including that all important county of origin.

In my short visit I took as many pictures as possible and will post them in this and the next few blog posts. 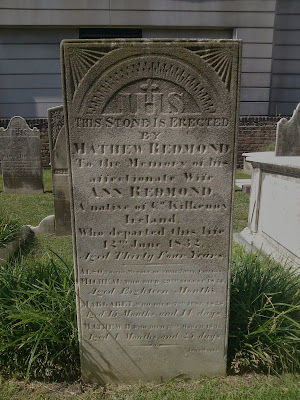 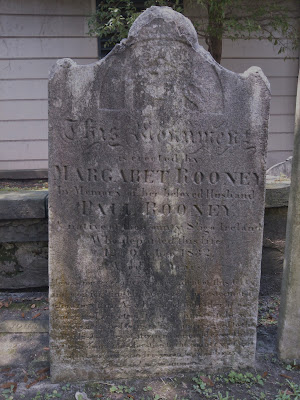 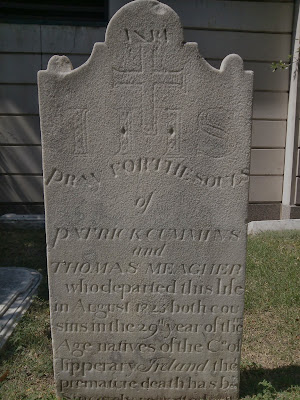 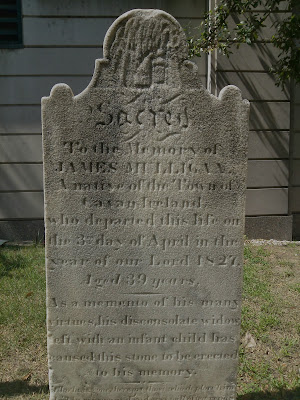 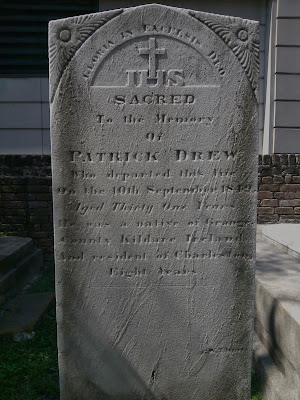